What Are GDP Figures? 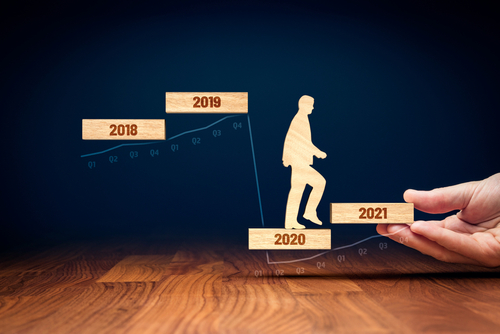 Sooner or later, most traders and investors ask the question – what are GDP figures?

Gross Domestic Product (GDP) figures track national income and are arguably the most important macro-economic performance benchmark in any country. This is big-picture thinking at its most insightful.

GDP research started in the US in 1934 with Nobel prize-winning economist Simon Kuznets who developed it to record all the income generated by the government, individuals and businesses.

The Office of National Statistics (ONS) researches and releases GDP figures in the United Kingdom.

How often are GDP figures released? ONS GDP figures are released on a monthly, quarterly and annual basis. The report includes the size of the economy in monetary terms, e.g., 500 billion GBP generated per quarter.

What is included in GDP results? The ONS tracks output in the services sector, the construction sector and the production sector.

How does GDP affect you?

GDP figures show how fast or slow an economy is growing. They affect an individual’s job prospects, a business’s current and future income and overall investor sentiment.

How does this work in practice? Take two scenarios for investors to consider. In one scenario, national productivity is rising and GDP is growing by three percent per year.

What to expect when GDP is growing

When the economy is growing, individuals can find jobs easily and salary increases are more likely because there is cash flowing in the economy. Small business owners expect that their customers will have more disposable income because salaries will likely increase during good times. Large industries like construction material factories expect more orders because consumers are more likely to purchase and build homes. The government expects more tax revenues because spending and income are on the rise.

What to expect with GDP is falling

In the second scenario, GDP is falling at the rate of minus three percent per year. Expectations change when the economy faces headwinds.

Individuals may struggle to find jobs and salary increases are difficult to get because cash flow is uncertain or negative. Small business owners cut back on expenses because they know their customers don’t have a lot of disposable income and profits will be tight. The big industries consider layoffs and ways to reduce other expenses. For its part, the government has to price in the cost of lost tax revenue. At this point, the government may consider stimulus measures to encourage economic growth and try to fix what is wrong in the economy.

What is the meaning of GDP figures?

Traders and investors find GDP figures useful for many reasons.

GDP results help traders and investors to get a feel for the strength or weakness of an economy and add context to their decisions.

Just after GDP figures are announced, a currency can rise or fall as traders react to the news by buying or selling the currency.

Investors can read into headline GDP results and estimate whether demand and supply will rise or fall for assets.

In the financial markets we always say that past performance is not a reliable indicator of future performance. When discussing GDP figures, though, analysts use annual, quarterly and half-yearly figures to make educated assumptions about upcoming and even long-term economic performance. Bear in mind that each GDP announcement causes re-evaluation and new conclusions about the economy.

Historical GDP records go back a long time and can reveal what causes economic crises and what can trigger growth. GDP growth or weakness is a mirror for each sector of the economy. The availability of cash and investment rises with economic growth and falls when the economy shrinks, for example.  Without GDP figures, central banks and finance ministries would not have the ability to understand whether their economy is growing or shrinking in order to plan their strategies accordingly.

How to use GDP figures in fundamental analysis

GDP figures help traders and investors by adding context to their analysis and decisions.

Will a stock company’s price go up or down? What direction will the local currency take? Which sector of the economy is growing the fastest? When the answers to all of these questions include a GDP dimension, they will be more complete.

Will a stock rise or fall?

If the stock is in the construction sector and GDP is falling, the answer is that there is a risk of weakness in the sector. This may mean that construction company stocks will face slowing profits and falling incomes.

Which direction will the local currency take?

If the latest GDP release is bullish, the currency may strengthen on the back of better sentiment.

Which sector of the economy is growing the fastest?

Each GDP release has all the information needed to pinpoint the sectors with the most potential.

Ultimately, keeping the big picture in mind helps traders and investors to find new opportunities, avoid pitfalls in the economy and to make more informed decisions when buying or selling assets.

Sarah Fenwick's background is in journalism and mass communications. She has worked as a correspondent covering Swiss Stock Exchange news and written about finance and economics for 15 years.