Undoubtedly, one of the key words so far in 2022 which has regularly occupied headlines has been “inflation”. To that extent, many of us are now more than familiar with what the word means, but what actually causes inflation? And how can it be reined in?

In this article, we answer both questions and also examine the specific circumstances which have led to higher inflation around the world in 2022. 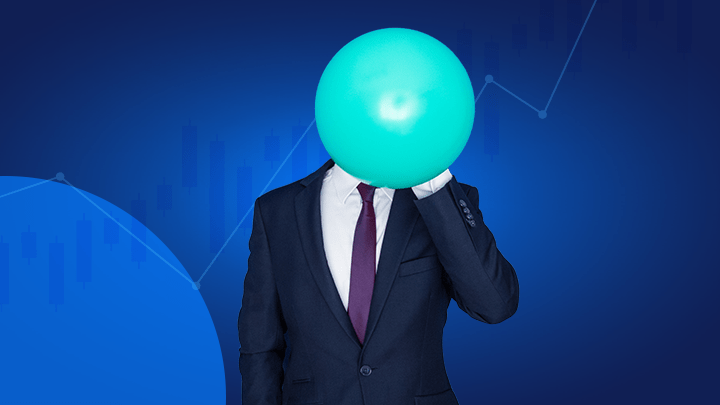 Although most readers will already be familiar with the definition, it is worth reminding ourselves before dissecting its causes. So, what is inflation?

There are various factors which can lead to prices rising in an economy, but there are typically two main drivers: rising input costs or increasing demand. From these two main drivers, we can identify two different types of inflation.

We can also identify two further causes of inflation, namely expansionary monetary and fiscal policy, which we will talk more about later. Whereas the first two causes of inflation occur naturally in a free market, these additional causes are due to the actions of central banks and governments.

Basic economic principle tells us that, in a free market, prices are determined by the levels of supply and demand. Whenever one of these levels changes, unless it is matched by an equal change in its counterpart, prices will change.

Cost-push inflation is caused by an increase in production costs, where production costs refer to any of the four factors of production – land, labour, capital and entrepreneurship – or the price of raw materials.

The increase in the cost of production will lead to a decrease in aggregate supply in the economy, as it now costs businesses more to produce the same amount, whilst aggregate demand remains the same. The increased production costs are compensated by being passed onto the consumer, which leads to an increase in prices.

Demand-pull inflation, as the name suggests, occurs when there is an increase in demand for a particular good or service, leading to demand outstripping supply and an increase in prices.

Levels of market supply and demand are constantly changing and temporary imbalances between the two are common and perfectly normal. However, if this imbalance is sustained, it can make its presence felt throughout the economy, eventually leading to price rises in goods and services.

Demand-pull inflation tends to occur when the economy is expanding, wages are rising and unemployment is low – all of which fuel positive consumer sentiment and, therefore, higher levels of consumer spending.

An Example of Demand-Pull Inflation

Demand-pull inflation is perhaps best understood by looking at an example. Let’s say that there is an increase in demand for housing. As housebuilders attempt to increase supply to match increased demand, it may create shortages of certain building materials. Housebuilders, desperate to get their hands on these materials to satisfy high demand, are willing to pay more to secure them.

Fiscal policy refers to policy surrounding tax and government spending. If a government lowers taxes, it results in higher discretionary income for both consumers and businesses. Whilst consumers may use their additional income to purchase more goods and services, businesses may use theirs to hire new staff, which will essentially have the same overall effect, increasing aggregate demand in the economy and pushing up prices.

Furthermore, the government may increase spending in various areas such as improving infrastructure, healthcare or defence. Again, this increases the level of aggregate demand in the economy, which can lead to prices rising.

Similarly, an expansionary monetary policy - which refers to policy regarding a nation’s interest rates and money supply – can lead to an increase in inflation.

Sometimes, a central bank will increase the supply of money in circulation, a process known as quantitative easing, by purchasing assets such as bonds, in an attempt to stimulate economic growth. This can eventually lead to inflation as demand increases in the economy.

It can be helpful to think of money itself as a “good”; if the central bank creates more of it, as with other goods, the extra supply tends to lower its value and that money can now be exchanged for fewer goods.

Lower interest rates can also have the same effect, but we will look at that in more detail in the next section.

The Role of Central Banks in Controlling Inflation

Now we know what causes inflation, but how can it be controlled?

In most developed countries, the central bank is responsible for setting monetary policy, which is used to attempt to control inflation. Most central banks target a low, stable rate of inflation of around 2%.

This is because a certain level of inflation in the economy is seen as a positive. The fact that money is slowly losing its purchasing power generates a certain amount of consumer spending, which helps fuel economic growth. And, besides, inflation is generally viewed as far preferable to deflation, where the costs of goods and services fall in the economy.

So, what can a central bank do when inflation starts getting out of hand? Firstly, if the central bank is currently engaged in quantitative easing, this process is likely to be reduced and eventually stopped entirely – a process known as tapering.

The central bank can also choose to increase the base lending rate – the interest rate at which the central bank lends money to other banks and financial institutions and which it pays on deposits stored with them.

An increase in the base rate is typically passed along by other banks to their customers and has the effect of lowering aggregate demand in the economy and, thus, lowering prices.

A rise in interest rates reduces demand – and, therefore, inflation – in a number of ways:

All of these combine together to reduce aggregate demand in the economy and help rein in inflation. As you can imagine, all of this this takes time to actually filter through and have a noticeable effect, meaning that, even when central banks react quickly to tackle rising prices, inflation tends to get worse before it starts gets better.

In 2022, inflation is rising due to a number of factors, all of which have combined to make the post-pandemic economy a breeding ground for higher inflation.

When economies around the world went into lockdown in 2020, demand for consumer goods soared and e-commerce boomed as consumers, stuck at home with little to do, sought material possessions to ease their boredom. When lockdowns started to relax, demand intensified, as people began to make up for lost time with in-person experiences, such as eating out.

The problem with this surge in demand is that supply was not able to keep up due to continued disruptions in the supply chain caused by the pandemic. As demand outstripped supply, prices began to rise.

Furthermore, input costs increased for businesses. We can highlight two main factors for this increase in input costs, the first of which is labour shortages. Following the easing in social restrictions, consumers flocked back faster than employees, leaving many businesses short-handed, which led to employers being forced to offer higher wages.

The second, and most important, factor is soaring energy prices. Whilst people were stuck at home during global lockdowns, demand for oil dropped sharply. The Organisation of Petroleum Exporting Countries (OPEC) and their allies responded to this fall in demand by slashing production in an attempt to stabilise plummeting prices.

As demand for oil has recovered, OPEC has gradually lifted its production targets. However, it is far easier to stop production than it is to resume it, and - as a result - many oil producing countries are struggling to reach their production targets, meaning that supply is effectively still constrained. This was all before the conflict in Ukraine erupted, which has pushed energy prices even higher.

All of these factors are set against a backdrop of years of loose monetary policy implemented by the Bank of England (BoE) and generous fiscal stimulus provided by the government in the form of furlough payments, both of which were used to limit the pandemic’s damage to economic growth. These policies have pumped more liquidity into the economy and further increased consumer demand which, again, has put upward pressure on prices.

Hopefully you should now be more familiar with the concept of inflation, its causes, how it can be controlled and, finally, what has led to increasing inflation in 2022.

At the time of writing, 18 May 2022, the Office of National Statistics (ONS) has just released its monthly inflation data, with the UK’s inflation reported at 9% in the previous 12 month period. The BoE recently raised interest rates to 1%, its fourth increase since December 2021.

The BoE currently forecasts that inflation will reach around 10% in the UK this year before interest rate rises begin to take effect and inflation begins to decrease next year.